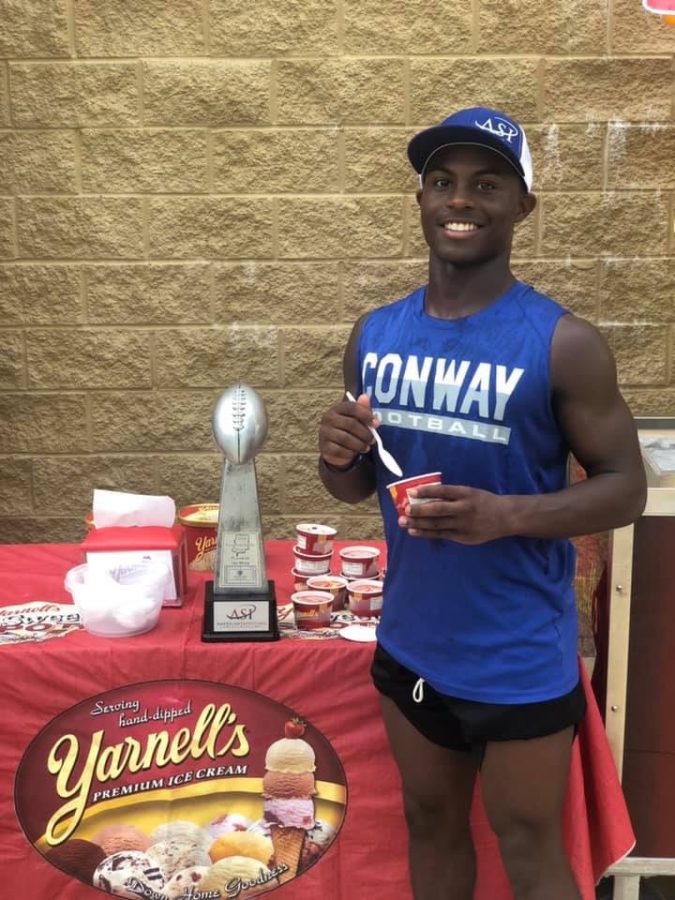 The Conway High School football team recently won the “Sweetest Play of the Week” award sponsored by THV 11 and Yarnell’s thanks to Manny Smith .

Smith’s impressive 50-yard touchdown run was nominated and ran against two other opponents for the award. The opponents included athletes from Little Rock Central and Benton High School. In order to win the award, viewers and spectators voted on which play they thought was the most deserving. Smith blew out the competition with 65% of the votes, which totaled out to be 1,459 votes.

Because Smith took the victory, Smith and his team had an ice cream party after practice on Thursday sponsored by Yarnell’s.