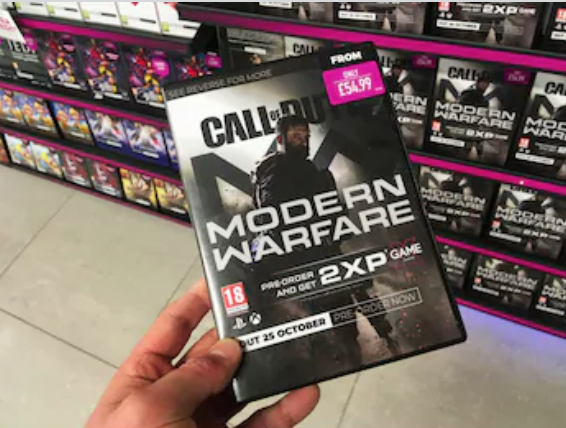 The holiday season is here and with it comes gifts.  Gifts mean people are going to make wish lists. One item that you should do some research before you decide to put it on your list is the new Call of Duty: Modern Warfare (2019).  I was lucky enough to be able to purchase the new Call of Duty about 2 months ago and I have spent about 40 hours playing it already. With having this much time playing, I think it’s time to let people know whether they should invest in it for Christmas or wait for a price drop.  The short answer is to wait for a price drop if you really want to play it. The long answer is a lot more in-depth and thorough so let’s get to it.

Multiplayer is the biggest attraction for Call of Duty games and this one is no different.  Call of Duty: Modern Warfare (2019) has a multiplayer that won’t blow anyone away with new mechanics or features.  They have added a few new things in this game, however. The biggest addition to gameplay is “mounting”. Much like the leaning mechanic in Rainbow Six: Siege you can get next to a wall, box, or pretty much any object that can provide cover and you can mount your gun on it and still fire while peeking around or over the cover.  I figured it would be a really good mechanic and would provide for more coverage and tactical play and I was right to an extent. However, the mounting mechanic is overused and allows more players to exploit glitch spots. Another thing that was altered in this installment of Call of Duty is the time to kill. Guns do more damage and you die a lot faster.  This is really good and bad at the same time. If you’re like me and you enjoy running around maps with an SMG, assault rifle, or shotgun it’s not very friendly. You die much faster than you do in other games and the gameplay itself feels a lot slower because players are much less active to avoid quick deaths. The positive to this is that it is easier to rack up kills and if you get the proper attachments for a gun you enjoy you can go on some really insane killstreaks in games.  One of my biggest problems with Call of Duty: Modern Warfare (2019) is the maps. There are very few good maps and there’s only one that me and my friends play on consistently and enjoy: shoothouse. Shoothouse is a very small map and plays a lot like nuketown or shipment. Another thing the community has complained about is the skill-based matchmaking. Skill-based matchmaking puts you into a game of other people who are the same skill level and higher as you. This is very interesting because this type of matchmaking is usually reserved for only competitive or hardcore game modes.  However; in Call of Duty: Modern Warfare (2019) it is in all game modes. This makes the game more challenging and competitive, but it also makes it more frustrating.

In terms of positive, there’s not a lot for the new installment.  It is a very run of the mill average Call of Duty game. The game shines the most in the campaign that I have already talked about, but it also has highlights during multiplayer when you play with friends.  I find that the only way I can tolerate multiplayer is if I play with friends and can laugh and not worry about the frustration in the game. I can’t make myself play the game alone without getting far too frustrated and going to a different game, after just a few minutes of playing.

In a nutshell the new Call of Duty: Modern Warfare (2019) is an average Call of Duty game.  In my opinion, if you have dedicated friends it can be highly entertaining and fun. However; if you do not have a friend group that can entertain you while you play you might find yourself being constantly frustrated at the new mechanics and new ‘tactical’ style of gameplay.  I still find myself enjoying the game, but I would encourage other people to wait for a price drop or ask for it for Christmas, do not spend your own 60 dollars on it.