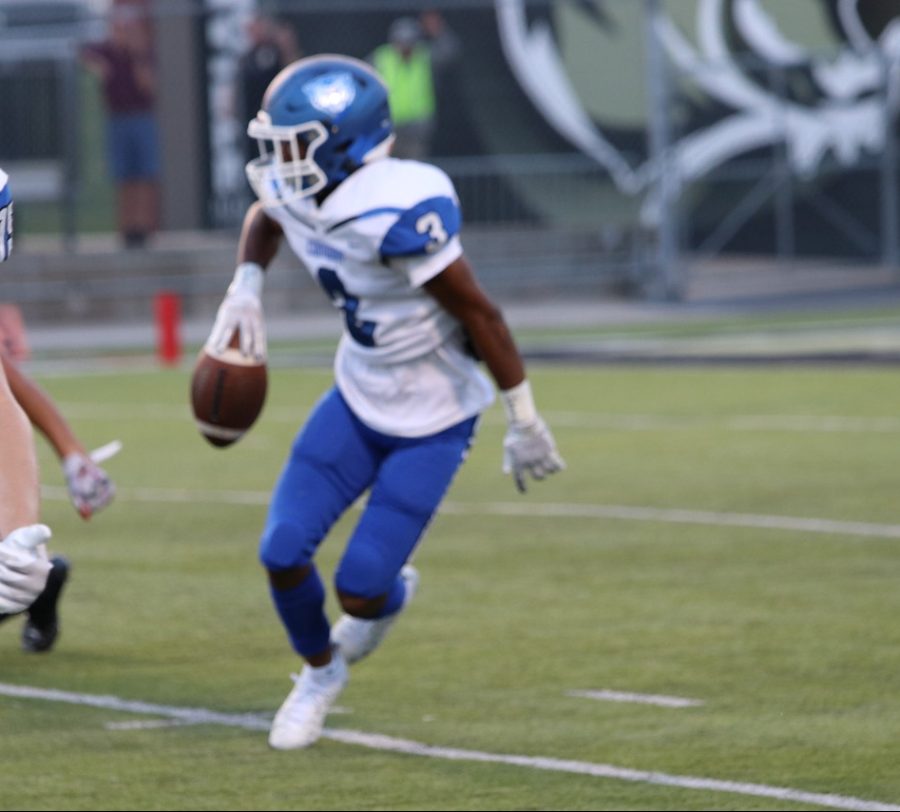 After reaching the 7A State semifinals in 2020 behind an explosive offense and playmaking defensive unit, the Wampus Cats are gearing up to take the next step in ending their 50 plus year state championship drought.

Junior Cornerback Quadrell Wilson looks to be a key piece in making that happen. After not seeing much playing time as a sophomore, Quadrell gets his chance to prove himself alongside a defense that returns key names such as Seinors Traland McClure and Troy Wiseman. For Quadrell, he plans on wasting no time making his presence felt not only to his teammates and coaches, but to the entire state. “Like Coach Wright told me This first game could put my name on the radar, going against a D1 commit, a good game could really put my name on the map.”

There is a definite focus among this Conway football team to be the team that finally ends the schools 57 year state championship drought, and Quadrell believes that the experience returning on the defensive side of the football will be what helps push Conway over the top. “Everyone besides me on our defense has varsity experience, and I believe that defense wins championships.” While not lacking confidence, Quadrell knows that improvements have to be made both as a team and personally for Conway to reach their goal. “Mentally, my mental mistakes, not getting out of my head, being confident, trusting myself and my teammates. Sometimes, when I do one thing bad, I tend to get in my head and make myself play worse.”

There is a lot of uncertainty on what this season has in store for the Wampus Cats, but one thing is for sure. Quadrell Wilson and the rest of the Wampus Cat football team are locked in on their goal to bring a state title back to Conway, Arkansas.