The Crunk Crew: A Look into a Sousaphone Player’s Point of View 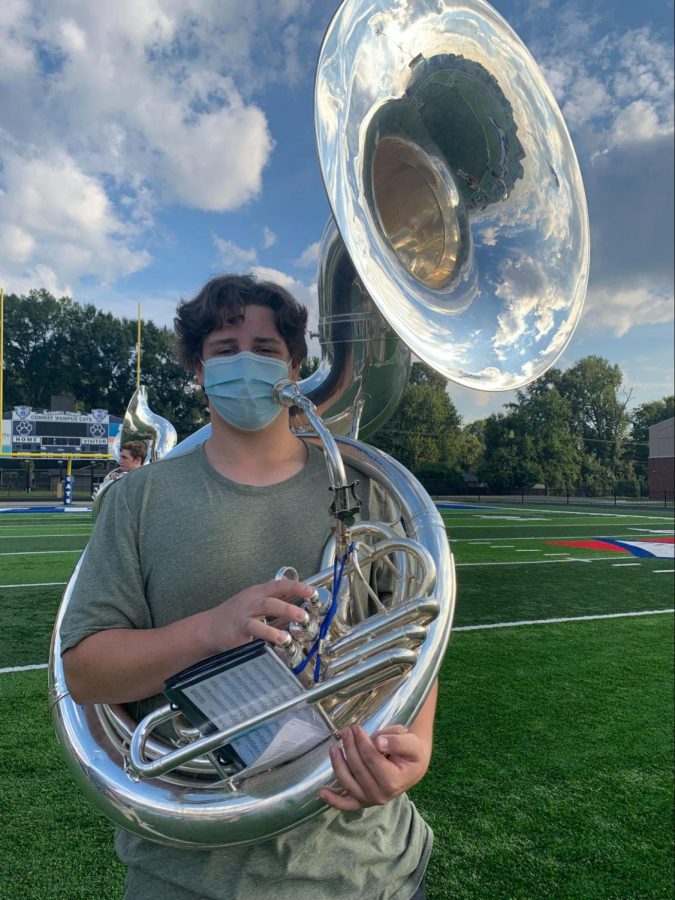 Liam Daughtery plays the sousaphone in the CHS Marching Band and Crunk Crew.

Conway High School junior Liam Daughtery is a sousaphone player and proud Wampus Cat Crunk Crew member. The Crunk Crew is a small group of musicians that play popular songs to the student section during the third quarter of every home football game. They also play at pep rallies, basketball games, and other sports events that CHS offers.  Daughtery says that he decided to join the Crunk Crew because he wanted to be more involved with the CHS band program. Daughtery says,” I wanted to join the Crunk Crew to play more music, and I wanted to play more modern, popular songs that get people excited at games.” Not only does Liam and the rest of the Crunk Crew put in many hours practicing and memorizing their tunes,  but they also meet once a week to have a two-hour-long group rehearsal. Daughtery loves the long practice hours as he says, “The rehearsals are very relaxed and chill. I like how we warm up by going over songs that we already know, and then we integrate new songs to play as a group.” Out of the numerous powerful and bold songs that Daugherty can play on his sousaphone, his favorite Crunk Crew song to play is “Mo Bamba” by Sheck Wes. This song is Liam’s favorite to play because, “It’s the easiest to play, and it gets the crowd the most hype.” Finally, Daughtery’s most favorite aspect of being a member of the Crunk Crew is the sense of family and community. He says, “I love being a part of such a tightly knit group, and I also love playing my instrument more than I was before.”