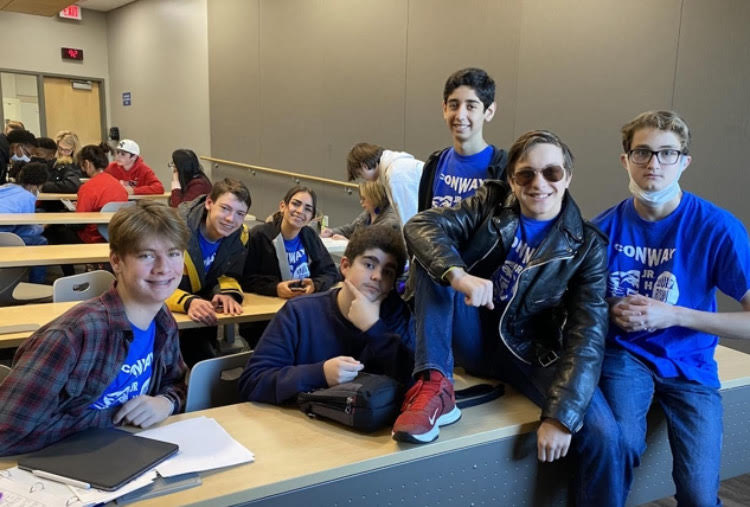 The junior high quiz bowl team has seen great success over the season so far. Leaders Conner Jones, Elyse Ortega and Ethan Elrod have aided in the success of this upcoming powerhouse of a team in the state of Arkansas. So far, the team has competed in three tournaments and has a first place trophy and two second place trophies. After winning first place in Russellville and second place in Bryant, Conway had high hopes for bringing home a first place trophy in their namesake tournament. Unfortunately, they came up short yet again, only taking second. However, the fact that the Wampus Cats were down five players may have caused this. In the championship game, Conway initially played North Little Rock close but came up short with a close 35 point loss. When asked about the loss, Ethan Elrod said, “Rest in peace to our winning streak. Gone but never forgotten”. Conway hopes to redeem itself with a tournament in Russellville where the team should be at full strength.