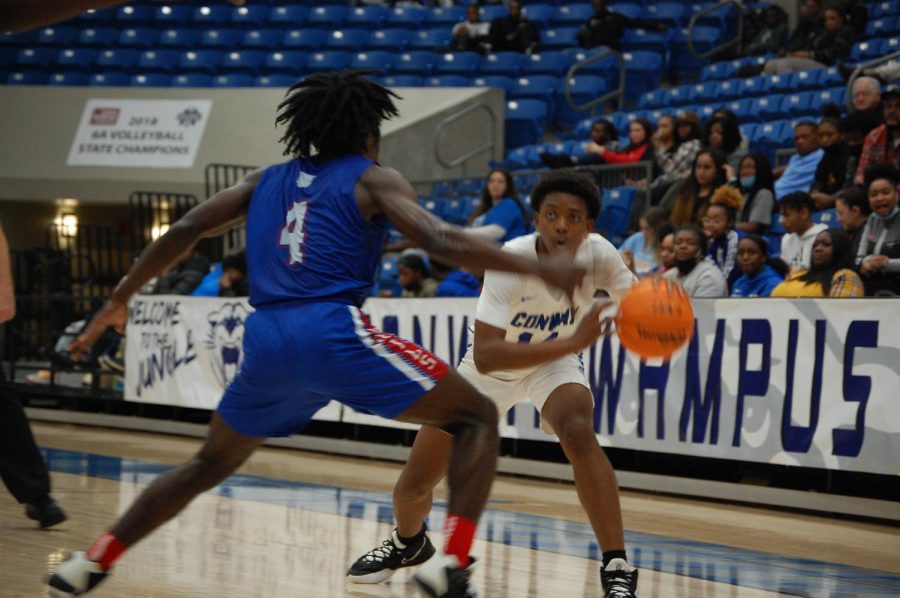 A sloppy first half saw both teams struggle to find a consistent outside shot. For Conway, Center Keiron Duncan and Forward R.J Patton were able to generate high percentage looks inside to help Conway jump out to an early first quarter lead. West Memphis would find success getting to the free throw line in the first half, using Conway’s aggressive defensive style against them to get easy looks and draw even with Conway at the half.

The second half would be another tight, low scoring affair. In a game that saw both defenses hold their opponent under the 50 point plateau, West Memphis would make multiple key defensive stops late to hold on for a 49-47 victory.

Conway Forward Traland Mcclure said despite the loss, the team walked away with a valuable lesson as the team moves forward this season. Mcclure said the biggest takeaway from Tuesday’s game was learning to “keep our heads up and stay positive.” In what looks to be yet again a competitive 6A Central, being able to balance the highs and lows of a long season will be crucial for the Cats.

The loss drops Conway to 3-1 on the young season after winning the Arvest Hoopfest Classic last weekend. The Cats will be back in action this Friday as they welcome the Russellville Cyclones into Buzz Bolding Arena in a high profile non conference battle.