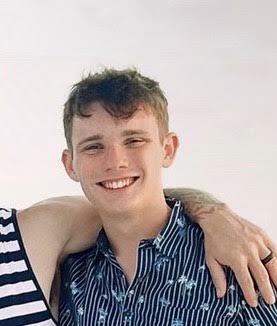 Blaze Robb has chosen not to focus on art as a career, but instead he ponders the philosophy of it.

“Doing art gives you an eye for beauty. In terms of media and…experiences” Blaze Robb said after being asked about how art influences him as a person. Robb is a local artist attending Conway High School, and, despite his talent, is not seeking to pursue a career in art after college. Actually, he’s not pursuing art in college at all. Many people ask Robb why he doesn’t want to pursue art and he claims that he does want to pursue art, but as a hobby.

Blaze says his illustrations are his favorite form of self expression, and, despite the effort creating art takes, art affects “the way that you see things” and “the way that you see yourself”. Therefore bettering him as a person. Blaze first got interested in art when he was a kid. Growing up his father would illustrate, but his main form of inspiration was from comic books. Blaze cites John Romita Jr., famous for his work on the Marvel Spider-Man comics in the early 00’s, and Alex Ross, an artist who is known for painting every panel, to be his favorite artists. Of course, he’s a lover of the classic artists, mostly those who did surrealist work, but comic books have always spoken to him in an interesting way. For Blaze, reading comic books was the “first time I saw art and correlated emotions with it”  as the expressive nature of comics was captivating for his still developing mind and would further imprint on him as a person. Robb still mostly does sketches of superheroes, like Batman or Spider-Man, whenever he’s feeling particularly bored in school.

Now, how does one create a philosophy that drawing characters like Batman better yourself? Well, Blaze explains his thinking with this, “Drawing superheroes comes with a form of expression…it’s a great way to draw. The posing and the conveying of emotions (through masks) gives me something to put my emotions onto.”

Blaze thinks that the art world is a fantastic community and he makes many of his connections through art. As mentioned earlier, his father is an artist and a writer, his partner is a musician and actor, his friends are artists, and all of those people have an expressive, creative mindset that he loves to be around. Art, though strenuous at times, is a form of self expression and Blaze has put in the hours to express and explore who he is as a person through his art. Towards the end of our interview, Blazed wanted to add one more thing for everyone reading:

“If you don’t do any form of art or any form of expression you’re definitely missing out. If you like, look into it…art is like a great community. It’s a really stimulating thing that develops oneself and is a really good character builder in terms of dedication. If you find yourself bored or bottled up and you can’t find a place to put it anywhere, put it somewhere, and you’ll probably feel much better.”